Uncategorized
Texting While Driving
Text messaging is a relatively new and very fast-growing method of communication. While it certainly has its advantages, texting while driving can be extremely dangerous. 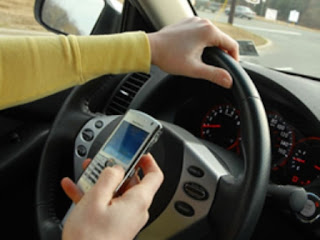 Recently while traveling around the triad working in our Daggett Shuler offices it was surprising to observe the number of drivers who appeared to be texting while driving. As I visited our Greensboro office, went to High Point, and returning to Winston-Salem there appeared to be many drivers whose attention was obviously diverted.
Recently anti-texting legislation has introduced in Washington. Partially in response to recent studies, the new legislation would require states to outlaw texting and emailing by motorists or risk losing 25 percent of their federal highway funds each year.
The Virginia Tech Transportation Institute published results from recent studies showing that texting while driving is more dangerous than talking on a cell phone or even than driving drunk! The studies indicated that texting while driving can increase the odds of a wreck by 23 times. That is compared with the risk of a wreck being six times higher while using a cell phone or an MP3 player.
A University of Utah study showed that texting drivers are eight times more likely to crash than cell phone users. To put the dangers of using electronic devices while driving in perspective, cell phone users are as likely as drunk drivers to cause an accident.
As texting and the use of portable electronic devices become more and more widely used in our society, we also need to continue to increase community awareness of the dangers. The risks of texting while driving apply to all drivers, but teens are particularly susceptible since texting is a large part of their culture.
Please join our Daggett Shuler team in helping to prevent injuries by encouraging your family and friends to avoid or limit texting while driving.

I couldn’t have selected a better or more competent law firm to handle my SSD claim. The associate with the firm, John, was right on top of everything. He guided me through the whole complicated and confusing process. When I contacted him, whether via phone, text, email, or through their company portal, the response was very quick. I don’t think I could have had better representation than the firm of Daggett Shuler.