Uncategorized
Are We Thankful?
Are we really thankful? The Thanksgiving holiday makes me think a little deeper about that. On Thanksgiving day it is easier to get in touch with all we have and to be thankful. The challenge seems to be the in between days when we have the routine of “life.” Some days it is easy to be thankful . . . others maybe it seems impossible. 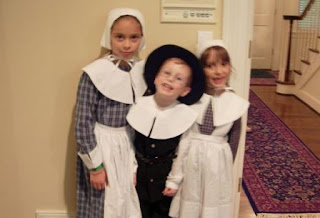 It is interesting also to study the history of Thanksgiving in our country. Although the first Thanksgiving was celebrated by the pilgrims in the early 1600’s, and George Washington declared a day of “Thanksgiving” in the late 1700s, there were many lapses in the celebration of Thanksgiving. It wasn’t until Abe Lincoln’s 1863 “Proclamation of Thanksgiving” that Thanksgiving then became official.
Perhaps we too “lapse” in our personal Thanksgiving. I have written elsewhere articles entitled Pursuit of Happiness and Have a Happy Heart, and although being thankful may be part of those perhaps it has another component. Thankful people appreciate what they have.
Sometimes it is amazing to us at Daggett Shuler how seriously injured and disabled folks can seem to be so thankful even in their most difficult of circumstances. People who are in seemingly, to us, in very bad situations still can be thankful. Perhaps we can learn from them.
As I was observing and wondering about some of our clients who remain thankful during what most of a would consider bad times, a common theme seemed to be developing. These people tend to look at what they have, instead of looking at what they don’t have.
I suppose human nature causes many of us not to be so thankful during tough times. Maybe we can work to be super human and learn to see all we do have instead of what we don’t. Let’s be thankful!

Thank you Daggett Shuler. After dealing with workers comp for a year on my own after my injury, I was advised to call a lawyer. I’m glad I called Daggett Shuler.
Special Thanks to Michael and Sheila. From the beginning your hard work got the approval for the medical care I needed. Answering all my questions and keeping me informed every step of the way. The staff went above and beyond throughout my case. I highly recommend Daggett Shuler.