Many times people who have never been through a fight with an insurance company may wonder why we are needed . . . once you’ve been through it you probably understand.  People who are wrongfully injured, disabled, or hurt at work probably ought to be able to assume they will be treated fairly.  The truth is that most times the insurance claim is handled by trained personnel whose job it is to save the company money, not treat you fairly. 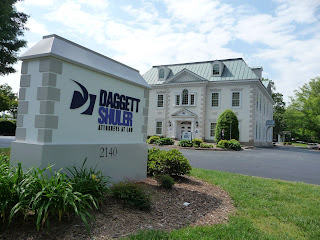 Our firm believes that you are entitled to be treated with dignity and respect, to be told the truth (even if it is tough), and to be treated fairly in obtaining a just result.  Unfortunately, many folks simply don’t get treated that way when they have a claim.  That is where we come in – our job to is work hard so you can be treated fairly.

Anderson Cooper 360 broadcast a program on some of the underhanded tactics of the multi-billion dollar insurance industry. These tactics attempt to keep you from getting the medical payments and benefits that you deserve following an automobile accident or injury. The report also mentions one particular insurance company that is known to fight virtually all claims.

Building on their previous story revealing the “Three Ds” of insurance tactics to deny auto accident victims due compensation, CNN reported on a bill recently passed that would require insurance companies who refused to pay a claim and lost in court to pay up to three times the initial claim value and attorney’s fees.  Insurance companies immediately started a nationwide advertising campaign to try to defeat any limitations on their practices. Watch the report here

Unfortunately, dealing with an insurance company usually is not on a level playing field.  We do our best to help even out your side of the equation, treat you fairly, and make sure someone is on your side.

As a client , I must say their firm is the most caring and knowledgeable of any I know. They are prompt with answering questions. They treat you how you want to be treated. They effectively helped me in the most critical stages of my appeals in 2 different areas. I had 2 different attorneys that were experts in the areas of law to best help serve me. Their assistants gave me fast and efficient service as well. The attorneys were available to speak to whenever necessary. They are just great people! Quality is the best word to describe the staff!! I would recommend to all who need help.