Memorial Day is a day to honor our heroes.  Please take some time to honor our veterans and service women and men this Memorial Day.  The fight for our freedom is the highest level of honor. 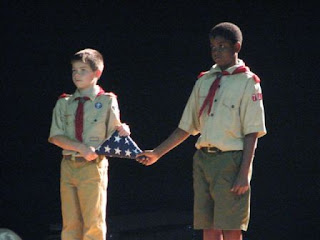 Memorial Day unofficially marks the beginning of summer. The weather takes a turn for the better, the days are longer and the nights more mild. The reason Memorial Day is a national holiday, however, isn’t for America’s leisure –  it’s to honor the men and women who died while serving our country.

Originally known as Decoration Day, Memorial Day was established to honor fallen Union soldiers who fought during the American Civil War. It is said that the holiday was first celebrated in 1865 by a group of freed slaves who returned to Washington Race Course in Charlestown, South Carolina to dig up deceased soldiers and give them the proper burial they deserved.  Known today as Hampton Park, the historic site is a former Confederate prison camp and was a mass grave for Union soldiers who died while in captivity. The liberated slaves returned the following year to decorate the new grave sites with flowers picked from the countryside, creating what is considered the very first Decoration Day.

The official birthplace of Memorial Day is Waterloo, New York, where in 1868 commander-in-chief of the Grand Army of the Republic, General John A. Logan, proclaimed that Decoration Day be celebrated nationwide.  Memorial Day did not become commonplace until nearly eighty years later. After World War I, the holiday was expanded to include American casualties of any military action or war, and in 1971, Congress declared Memorial Day a national holiday.

Today, those that celebrate Memorial Day often visit cemeteries and memorials on the last Monday in May and fly American flags at half mast. Many towns hold parades featuring Rotary Clubs, Boy Scout and Girl Scout Troops, high school bands, and local emergency service personnel along with their vehicles. Arlington National Cemetery, in Arlington, Virginia, celebrates the holiday with an annual parade and memorial service, followed by the blowing of Taps in tribute to the men and women who died while serving their country.

Honoring their fallen comrades, members of the Veterans of Foreign Wars collect donations for poppies to place on grave sites nationwide. The flower’s significance came to light during World War I when Canadian Lieutenant John McCrae wrote the poem In Flanders Fields after witnessing the death of his 22 year-old friend and fellow Lieutenant, Alexis Helmer. The poem is considered one of the most renowned war poems today, and is read at days of remembrance in both the United States and Canada.

While Memorial Day is a time to relax and recharge, and a time to prepare for another great summer, it’s important to take a moment to remember those who fought to give us the freedom and liberties we have today. At Daggett Shuler we would like to thank each and every one of them.

For more information on Memorial Day and its celebrations, please visit: www.usmemorialday.org.

In Flanders Fields
In Flanders fields the poppies blow
Between the crosses row on row,
That mark our place; and in the sky
The larks, still bravely singing, fly
Scarce heard amid the guns below.
We are the Dead. Short days ago
We lived, felt dawn, saw sunset glow,
Loved and were loved, and now we lie
In Flanders fields.
Take up our quarrel with the foe:
To you from failing hands we throw
The torch; be yours to hold it high.
If ye break faith with us who die
We shall not sleep, though poppies grow
In Flanders fields.
– Lieutenant Colonel John McCrae, MD (1872-1918) – Canadian Army

Honor our veterans and troops,
David

As a client , I must say their firm is the most caring and knowledgeable of any I know. They are prompt with answering questions. They treat you how you want to be treated. They effectively helped me in the most critical stages of my appeals in 2 different areas. I had 2 different attorneys that were experts in the areas of law to best help serve me. Their assistants gave me fast and efficient service as well. The attorneys were available to speak to whenever necessary. They are just great people! Quality is the best word to describe the staff!! I would recommend to all who need help.